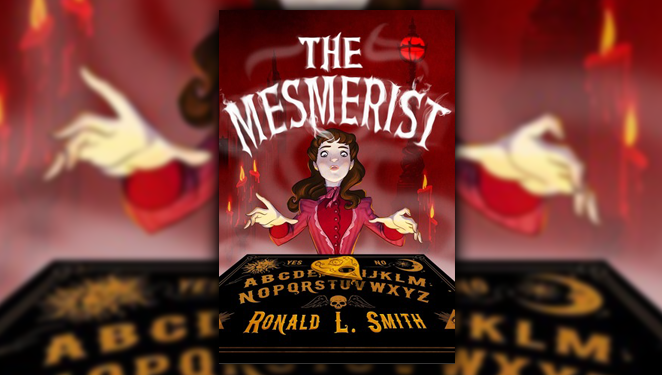 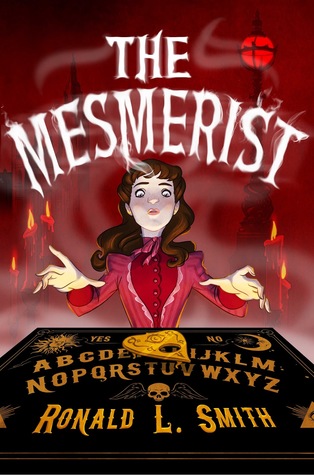 Jessamine works with her mother pretending to be spiritualists—until the day where the pretending becomes real and she finds out she has mysterious powers. Ronald L. Smith has made a dark and memorable middle-grade story in The Mesmerist.

Thirteen-year-old Jessamine Grace and her mother make a living as sham spiritualists—until they discover that Jess is a mesmerist and that she really can talk to the dead. Soon she is plunged into the dark world of Victorian London’s supernatural underbelly and learns that the city is under attack by ghouls, monsters, and spirit summoners. Can Jess fight these powerful forces? And will the group of strange children with mysterious powers she befriends be able to help? As shy, proper Jess transforms into a brave warrior, she uncovers terrifying truths about the hidden battle between good and evil, about her family, and about herself.

Set in Victorian London, The Mesmerist tackles many dark stories: death, vengeance, and violence. Jessamine Grace lived a normal live with her mother, until the day they found out that Jess was actually a mesmerist—someone who can read people’s thoughts and communicate with the dead. She joins the mysterious League of Ravens in order to fight necromancers.

A great story with a strong voice, The Mesmerist is sure to please any lover of middle-grade stories. With many familiar story ideas, young readers will love it.

My one gripe with the story was that it seemed to be trying to capture too many story lines in one book. And at less than 280 pages, there wasn’t much room to play with multiple story lines. With death and retribution being in the top spot, it was quickly followed by mystery, the Plague, and social-political statements that bog down the story and make it a little hard to keep one plotline straight.

Jess was a bright character and fiercely loyal and strong, and I fell in love with her immediately. While a lot of familiar tropes seem to fill the pages of The Mesmerist, and it did seem to border on cliche, it’s bound to become a staple in a young reader that loves dark stories and supernatural tales.

Originally posted on Round Robin Writes